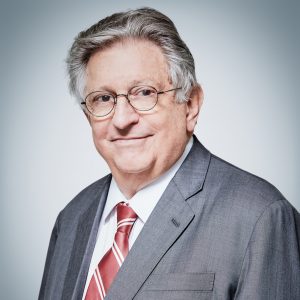 Mauro worked and still works in fundamental questions of antitrust law in Brazil since its beginning, having watched and participated in all of its development. Due to his expertise and experience, he is highly praised by many clients. He covers the whole range of antitrust law – from merger notifications, defenses in Cade and judicial actions – focusing mainly on complex anticompetitive conducts. His acting on the process that became known as the “generics case”, ending with a favorable decision by STJ (the highest non-Constitutional Court in Brazil) was remarkable. Working in almost lost cases is not a new problem for Mauro. He has worked and still works in sectors like pharmaceuticals, auto parts, fuel distribution, ports, navigation, glassware, chemical products, computers and others. He is a frequent speaker and writer of articles both in Brazil and abroad.

In English:
“What are we accused of?”, in “The Future of Antitrust”, Ibrac, August 2020
“Resale Price Maintenance: the SKF Paradigm”, in “The Price Point”, ABA Section of Antitrust Law, Vol. 20, April 2, 2020
“Which difficulties (if any) does Cade face to carry out expert opinions and on-site inspections?”, in “Conducts Enforcement in Brazil: Frequently Asked Questions?”, Ibrac, 2019.

In English:
“Price-Gouging in Brazil”, in the zoom webinar of the Pricing Conduct Committee of the American Bar Association, Section of Antitrust Law, July 17, 2020
“Corruption, Doping and Match-Fixing in Sport”, in International Bar Association, Rome, October 2018.

Indication by "Chambers & Partners", Competition/Antitrust - Brazil in 2020, described as "highly respected in the market for his expertise and track record in anti-competitive behaviour mandates."
Indication by “The Legal 500", Competition and Antitrust – Brazil in 2019 as a “leading figure in the team”.
Indicated by "Chambers & Partners", Competition/Antitrust - Brazil in 2019 as "Senior Statepeople". Mauro is described as a "veteran founding partner" who has "able to modernise his practice and foster international connections," "very active and involved in number of cases."
“Who´s Who Legal Brazil” (2018): “an excellent lawyer who always does a great job when handling merger control and complex litigation matters”.
“Legal 500”: “Outstanding”.
Indicated by "Chambers & Partners", Competition/Antitrust - Brazil in 2018. Mauro is described as having "in-depth knowledge of CADE-related mandates and particular focus on transactional cases", also being praised for his "well written, very clear and tailor-made" documents.
Nominated by The International Who’s Who Thought Leaders of Competition Lawyers, for 2018.

Cade and the principle of non-surprise

The undesirable punishment of efficiency

Taxes and Competition: A Pragmatic View